Even though the main Borderlines Festival 2020 is cancelled, our Poetry and Photography Competitions for 2020 are still running.

The 2020 poetry competition will be judged by acclaimed poet, Helen Mort. Closing date is September 6th and the winners will be notified on October 3rd. The winning poems will be on display at Tullie House and Bookends from October 5th for one week

How to submit your entry

We are absolutely thrilled and delighted to let you know that the acclaimed poet, Helen Mort, will be the judge in the Borderlines Poetry Competition this year.

Helen Mort is a poet and novelist who was born in Sheffield in 1985 and grew up in Derbyshire. She graduated from Christ's College, Cambridge with a double First in Social and Political Sciences in 2007. That year, she was awarded the first of her many literary prizes when she won the Eric Gregory Award for poets under 30, presented by the Society of Authors. The following year she won the Manchester Poetry Prize’s Young Writer Award. In 2010, she became the youngest ever poet-in-residence at the Wordsworth Trust in Grasmere.

Following on from the two pamphlets of poetry published by Tall Lighthouse Press, Helen’s first poetry collection , Division Street, was published by Chatto and Windus in 2014 and won the Fenton Aldburgh First Collection Prize and was shortlisted for both the  Costa Awards and the T S Eliot Prize. Her second collection, No Map Could Show Them was shortlisted for the Banff Mountain Literature Award in Canada. Helen is also a five-times winner of the Foyles Young Poets Award.

In addition to her poetry, Helen has also published her first novel, Black Car Burning and  Lake District Trail Running – yet another of her passions! She once said that landscape plays a most important role in her writing, and many of her poems have been composed whist running in the Cumbrian fells. Two years ago, Helen Mort was elected Fellow of the Royal Society of Literature. She lectures in Creative Writing at Manchester Metropolitan University

Find out more about Helen Mort on her website www.helenmort.com 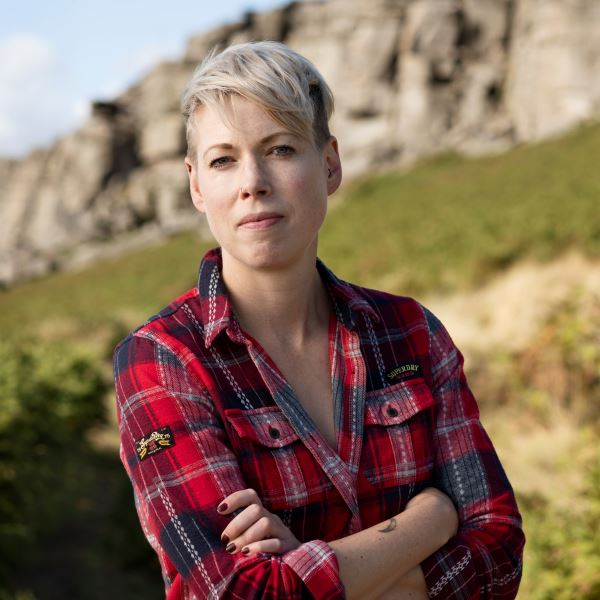